India's Hat-trick at the IPO

I am very happy to announce that India has won a Silver medal for the third consecutive time at the 22nd International Philosophy Olympiad held Vilnius, Lithuania during 15-18 May 2014. The results were announced on the 18th. 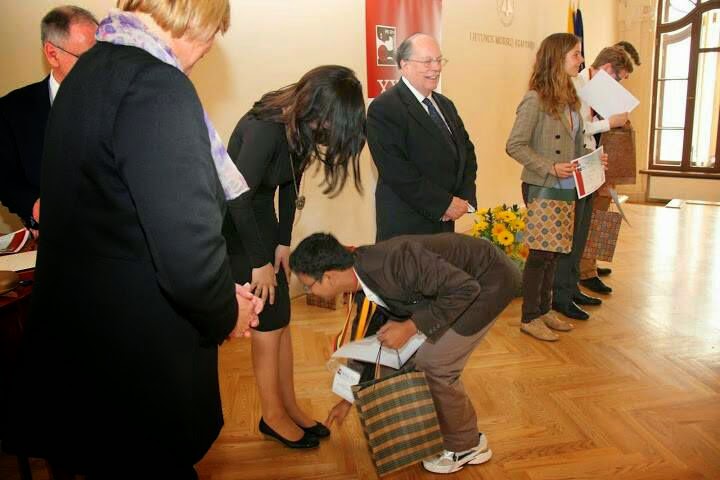 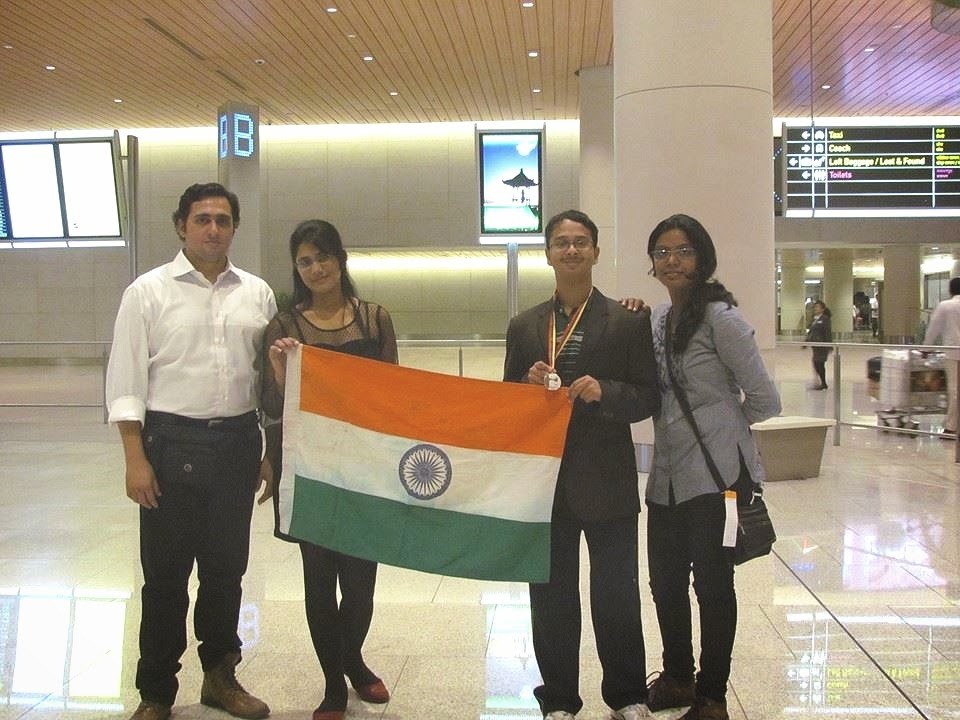 The Indian contingent consisted of teachers Pooja Bilimogga (Mentor) and Kedar Soni (Team Leader) and students Aparna Mishra (DPS, Bokaro, Jharkhand) and Abhishek Dedhe (SP College, Pune, Mahrashtra). Abhishek Dedhe won the silver for his essay on a quote by Anscombe on the idea of what constitutes murder. Abhishek wrote about how unscrupulous thinking necessarily leads to unethical acts like murder, while Aparna highlighted the brutal killings under the guise of religion or politics or caste.

There were 42 nations competing with 2 students from each country, with the host (Lithuania) allowed a grace of 9 students. There were 4 golds, 8 silvers, 9 bronzes and 9 honorable mentions awarded this year. The total tally of awards is thus about 33%. This has been the highest fraction of awards at any IPO. 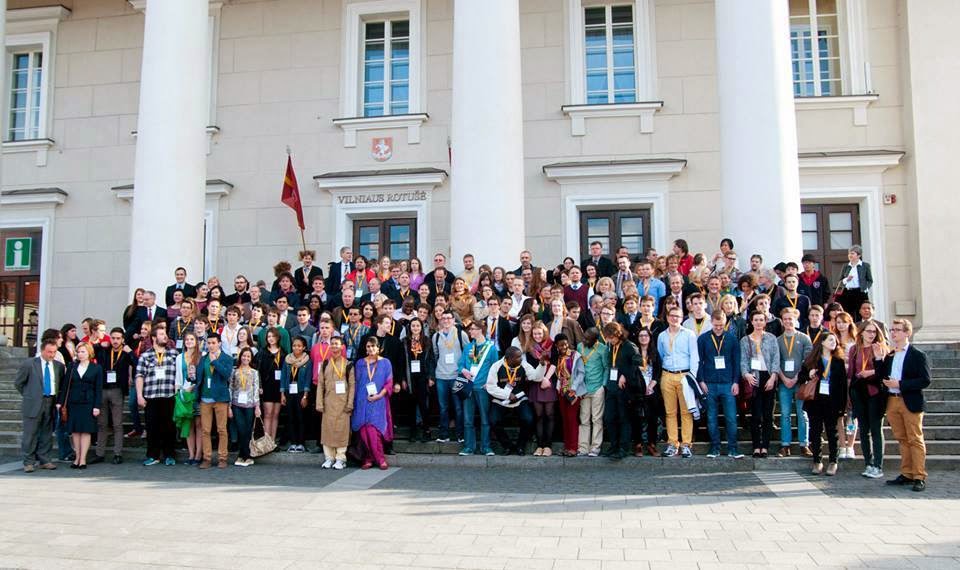 The Indian team had been selected through the Abhinav Philosopher competition during November-December (held in two stages). About 300 students had participated from various parts of the country. They later prepared through this blog (via posts and assignments) and them online on Google Hangouts. Finally a week before departure they attended a camp for more rigorous workouts at my school. Thus they put in almost 10 hours per week for over a few months and more than 14 hours a day at the camp. We even prepared all along the journey until just before the essay round.

Preparation consists of knowing something about logic and reason and also philosophy of various kinds, isms and issues. It was more about how to apply this knowledge then the knowledge itself. Philosophy cannot be simply learnt as a history of ideas, it must be learnt as a method of passionately debating these ideas and finding rhyme and reason within.

At the IPO Pooja and I evaluated essays of students from other countries. The identity of the essays we evaluate is secret and the international jury comprising of teachers from various countries goes over essays of students of countries other than their own. We discuss the topics and the essays constantly refining our perspectives and hence getting a more accurate judgement of the level of the students. The jury then selects the top few essays to be sent to the steering board comprising primarily of FISP members who are philosophers themselves. Pooja had represented India at the IPO held in Helsinki, Finland in 2009. She had been assisting in the training and selection of the Indian team, since then. This was the first time, she participated as an international jury. 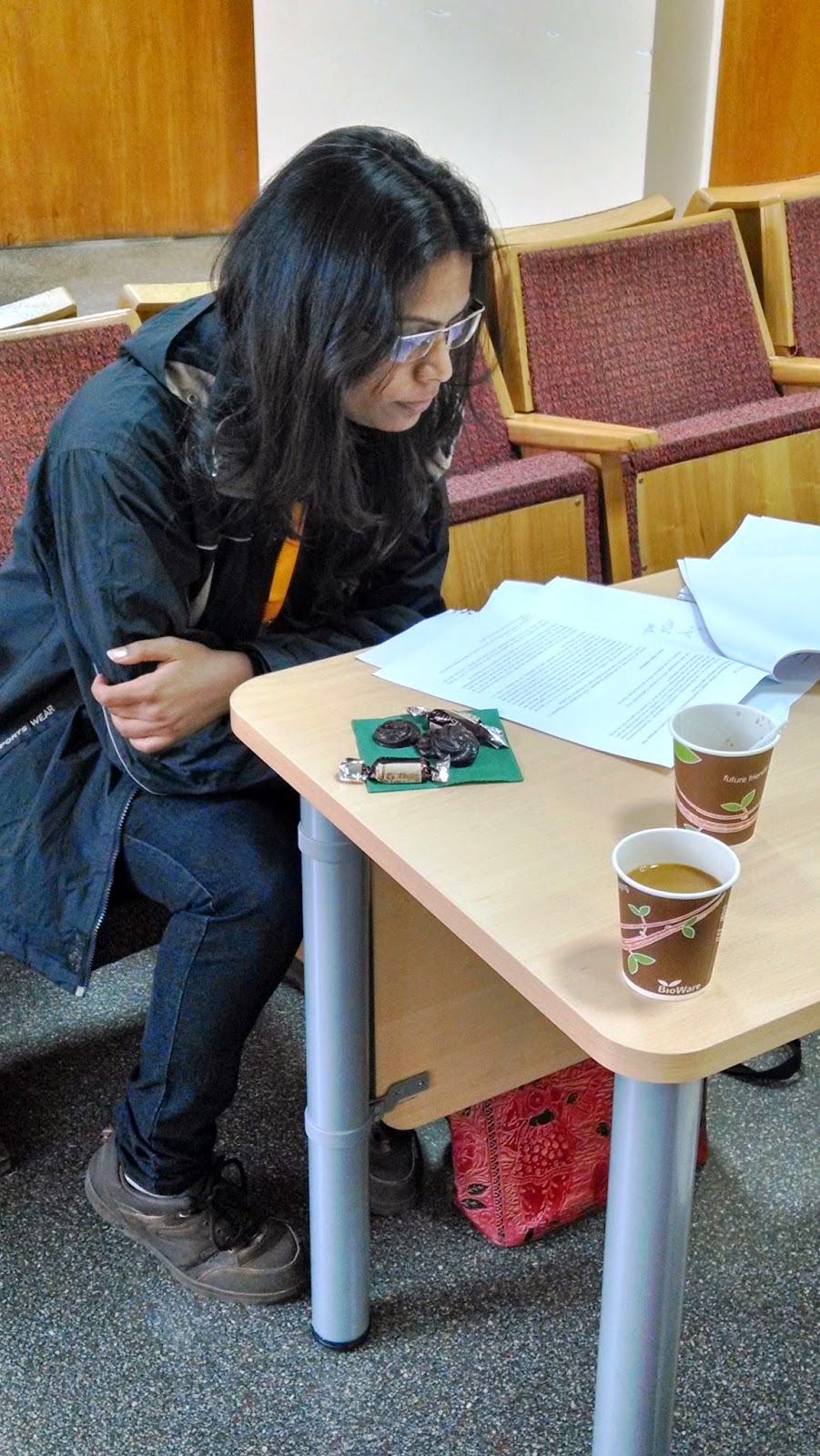 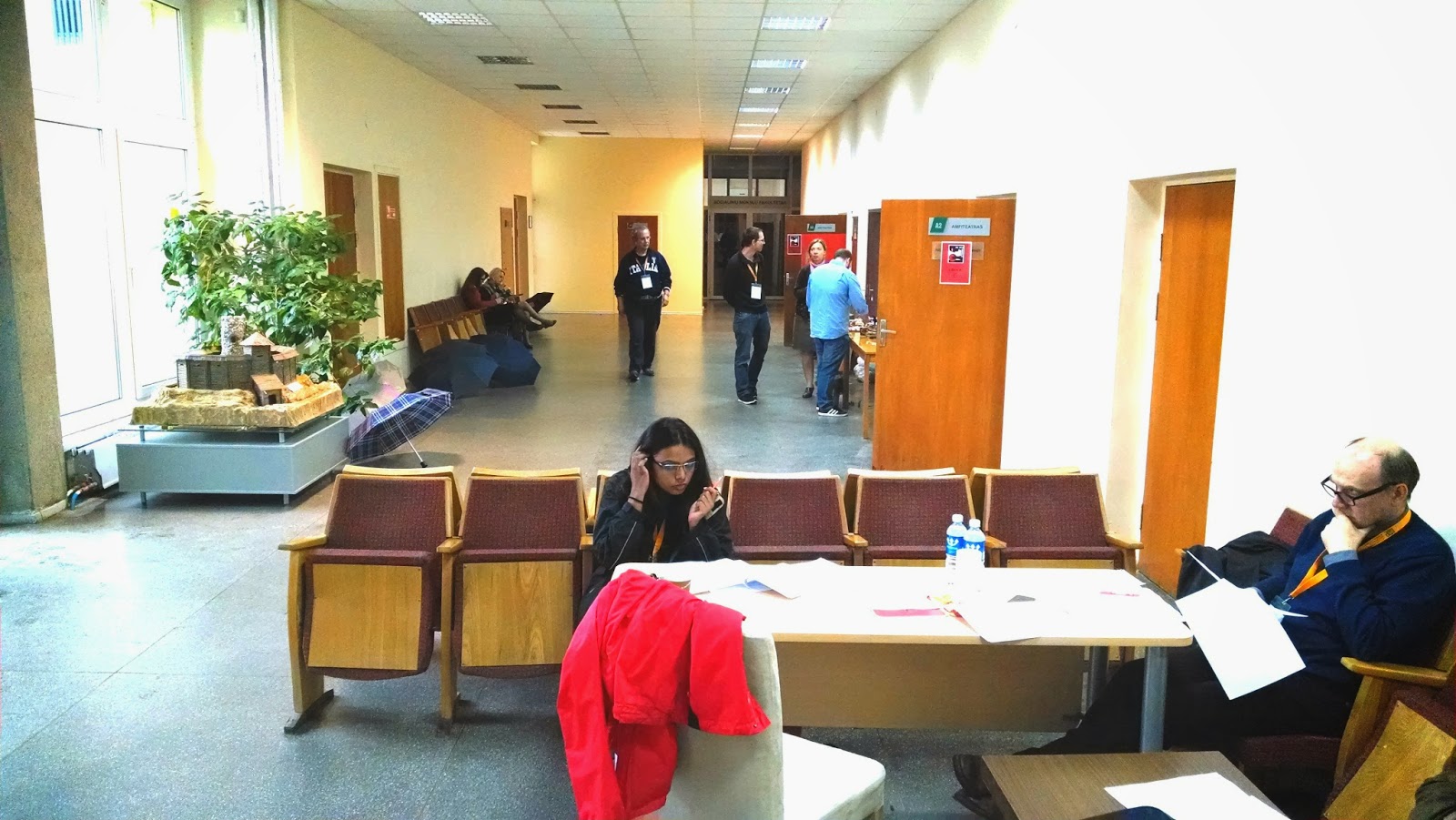 All through the days after the essay round, the students participated in tours of historical interest, museums, etc, and workshops on topics in philosophy. The greatest part of the event though was students from many nations and ethnic divides meeting each other and learning from the other's culture. There a few shocks and a few surprises in store for all of them. Through this they learn to understand and accept different views and ideas as also different people. But then this is what it means to become a citizen of the world.

I conduct this Olympiad in India without any funding, with only one expectation: I want the youth of my country to learn to reason and think critically about each and everything they deal with - may it be IIT exams or regular studies or teenage problems or politics or may it be their deepest emotions and desires. I want them to be strong intellectually and emotionally to really create a great society ... and a great world. 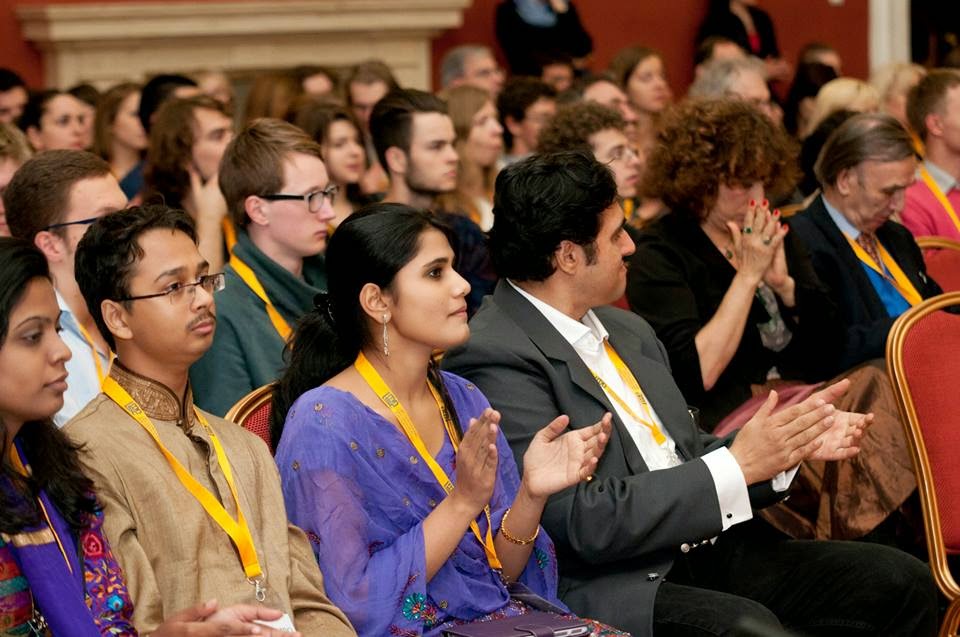 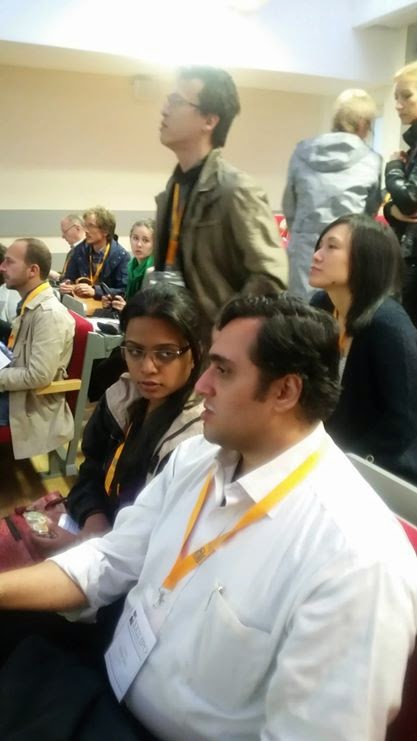 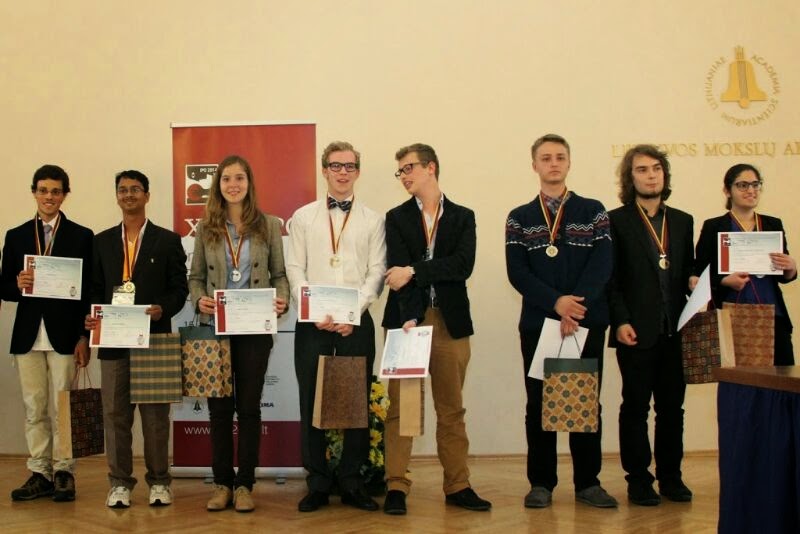